After an initial short and uneventful stay in Delhi I was glad to arrive in Varanasi which happened to be the first destination to really triggered my interest in India. A place where you can experience first hand the magic of being in one of the most spiritual and colorful cities of India. Varanasi is among the oldest continuously inhabited cities in the world and the holiest for Hindus. 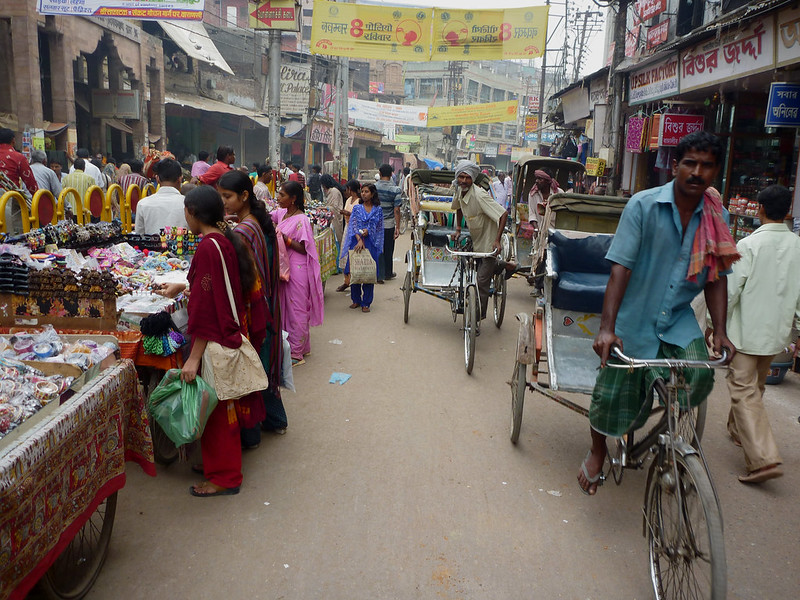 Pilgrims flock here from all over India and beyond to either wash away a lifetime of sins in the river Ganges, cremate their loved ones at the open air burning ghats or live out their final days. As it is said that anyone who dies in Varanasi attains instant enlightenment or “moksha” and is liberated from the cycle of reincarnation. 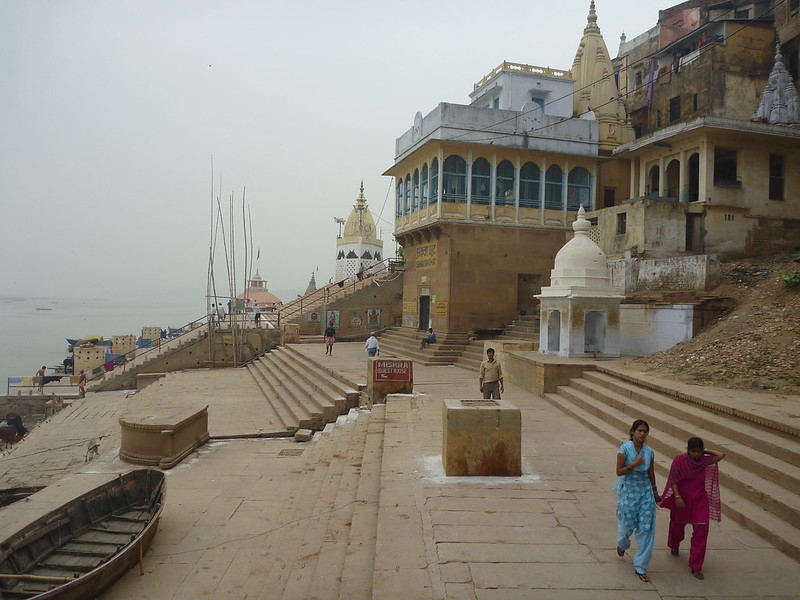 I got to encounter just how important the city is to Hindus even before I arrived, as right next to me on the plane from Delhi was an elderly couple where the wife was caring for her terminally ill husband which didn’t seem to have much more than a few days to live and wished to go die there. 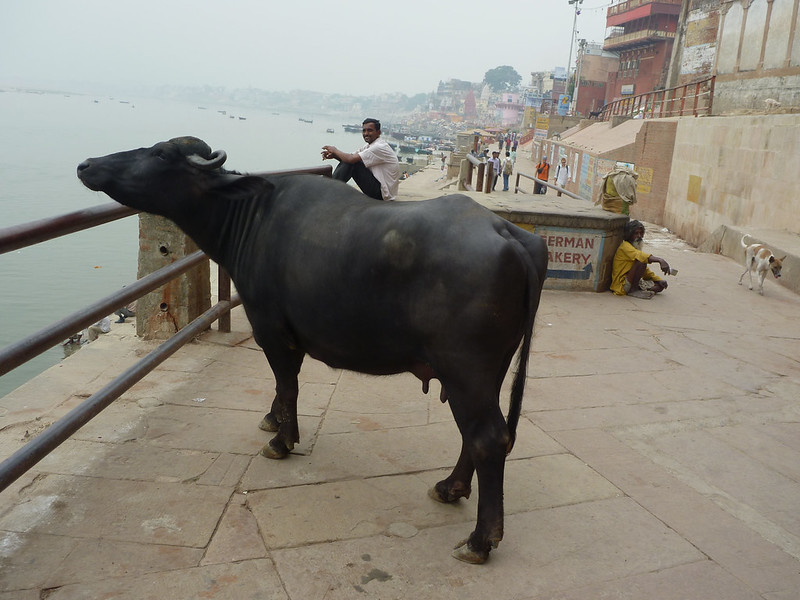 Varanasi is rather small and all it’s points of interest are within walking distance so all you really need to do is meander through the alleys of the old city and go on a stroll along the Ghats of the Ganges river and let yourself be absorbed by the experience. For those who might wonder ghats are a series of stone steps that lead down to the water which the city consists of an endless series of but before deciding to jump in for purification bath with the other average 60000 daily pilgrims, remember that on this same 7 KM stretch there are 30  sewers discharging heavy polluting into the river. 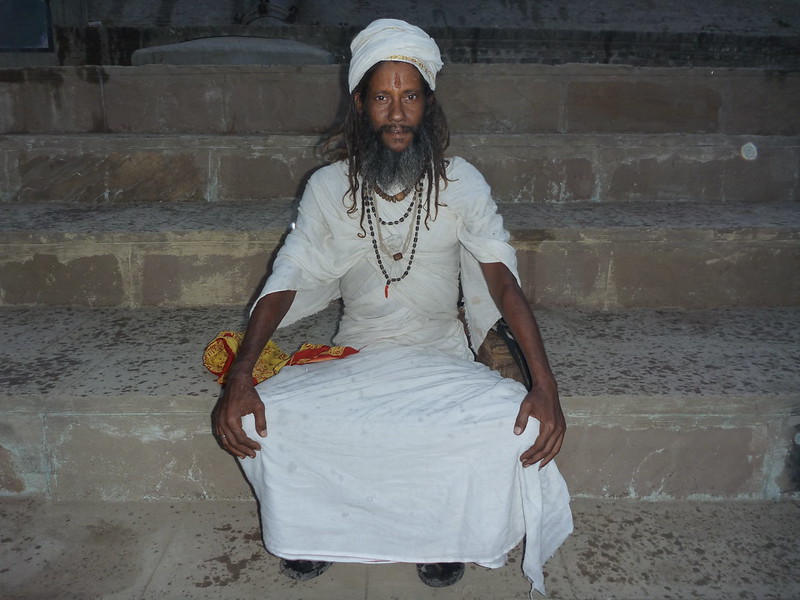 But best be warned that Varanasi has also a darker side and boats the reputation of being 2nd only to Agra’s Taj Mahal for the amount of unscrupulous touts, con-men and swindlers roaming around. As the moment you leave the sanctity of your guesthouse or hotel you will be bombarded with all sorts of offers and questions:  Massage? Where you go? Boat ride? Ganja? Where you from? give money? Buy me candy? How are you? Need Rickshaw? Cab? Visit my shop? Souvenirs? Silk shop? Sari shop? Hungry? Tour? Though they are not nasty or threatening this might get on your nerves but eventually tell yourself that after ignoring them long enough they’ll pick on the next fresh tourist meat that’s arrived. 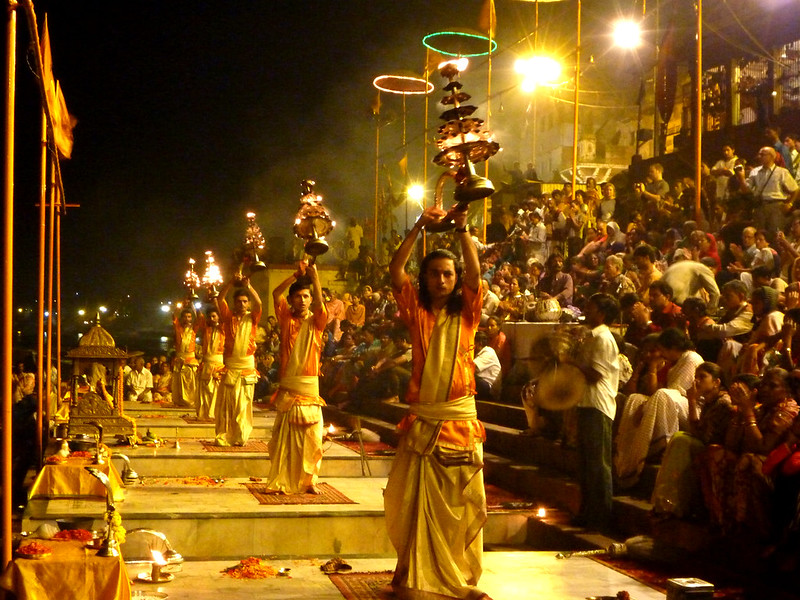 While the World Health Organization suggests bathing water should have no more than 500 bacteria per 100mL; the Ganges has 1.5 million bacteria for the same quantity of water making it septic so think twice! 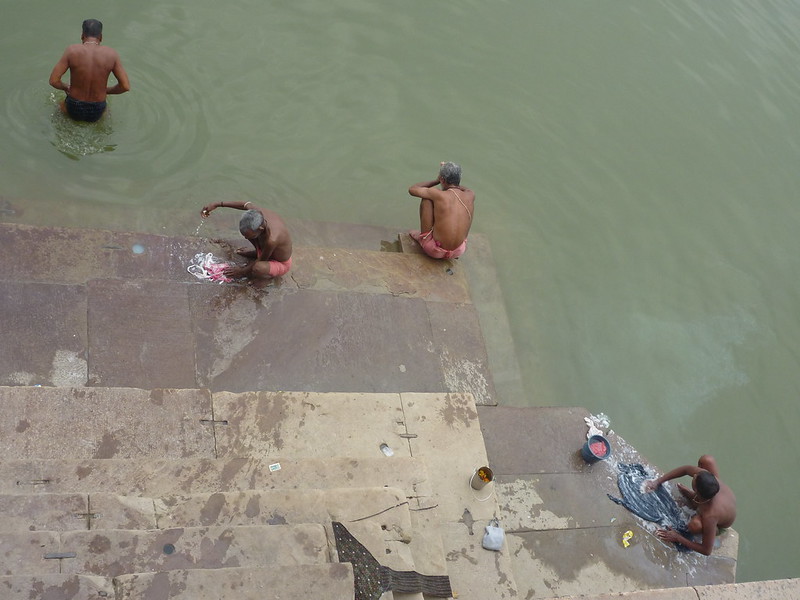 Palolem and the beaches of South Goa

the place is magnificent and surreal…